Hello all! I met a new friend through my bestie Harper the other day! She goes to private school with Harper (who I met in my ballet classes). Her name is Bianca Luisa Carvalho. She is from Sao Paulo, Brazil - how cool is that? 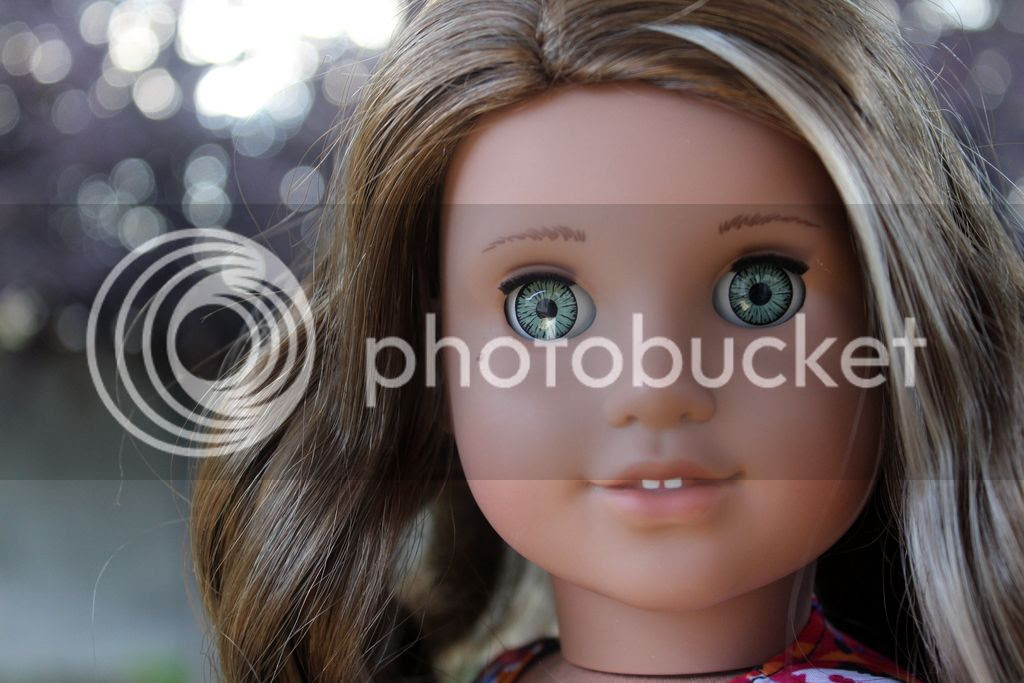 Bianca's native language is Portuguese, which is similar to Spanish. 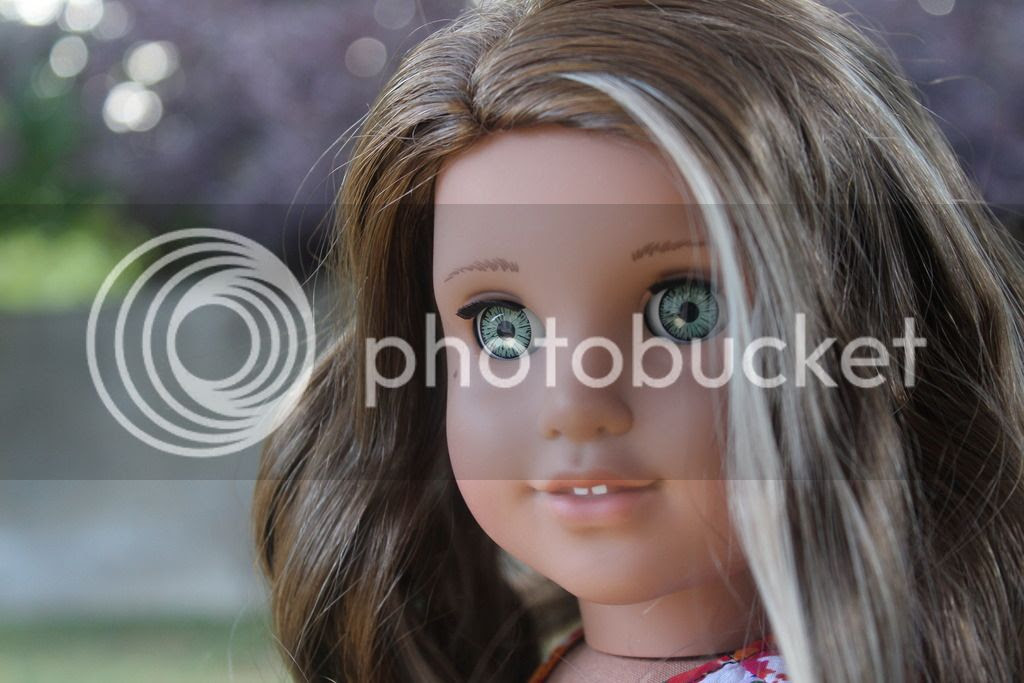 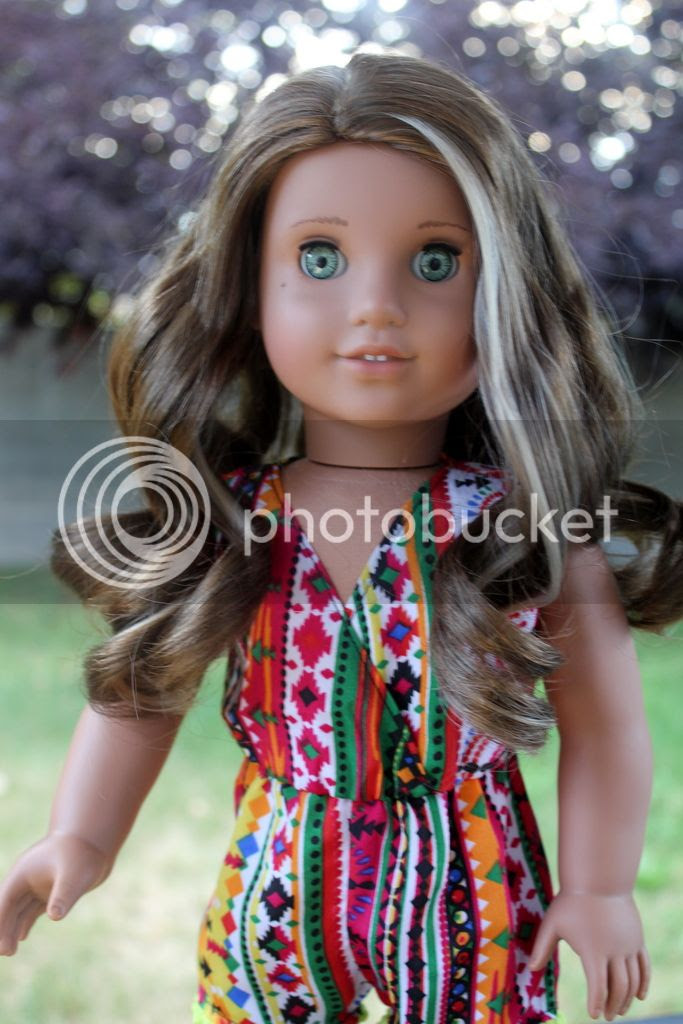 She came to the US with her family a few years ago after her father, a successful businessman, got a new job here. 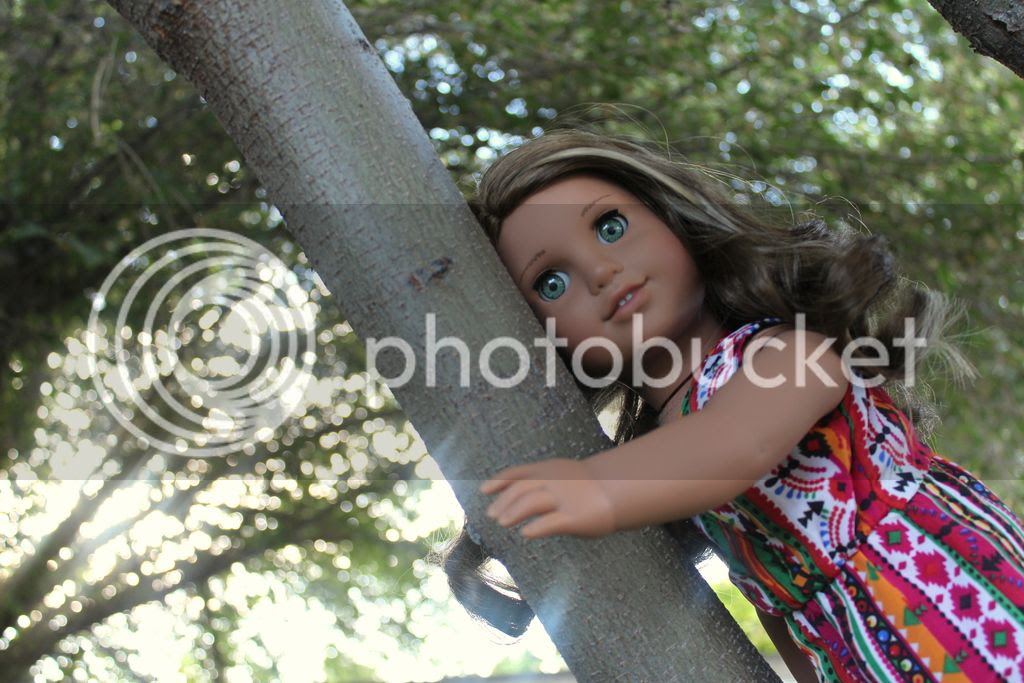 Bianca is very shy and timid at first, but once you get to know her, she is quite spirited and loves to make people laugh! She is very proud of being Brazilian and loves telling us about the beautiful beaches there. 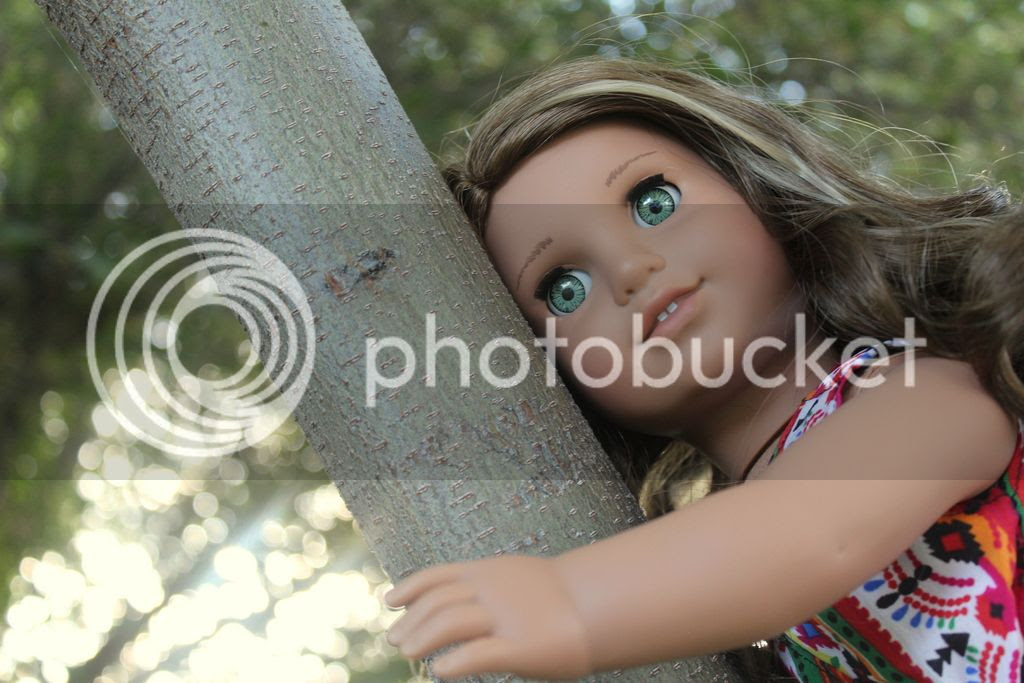 Do you know anyone from Brazil?

{On Bianca: Romper by Clarisse's Closet on Etsy}
Posted by Charlie at 8:16 PM 9 comments:

My Own Pictures from the Zoo!

On Friday, my Aunt Sam took me to enjoy an afternoon at the local zoo. I dug out my camera and decided it was time I took some pics for my blog myself, since normally my Mom takes pictures for it. 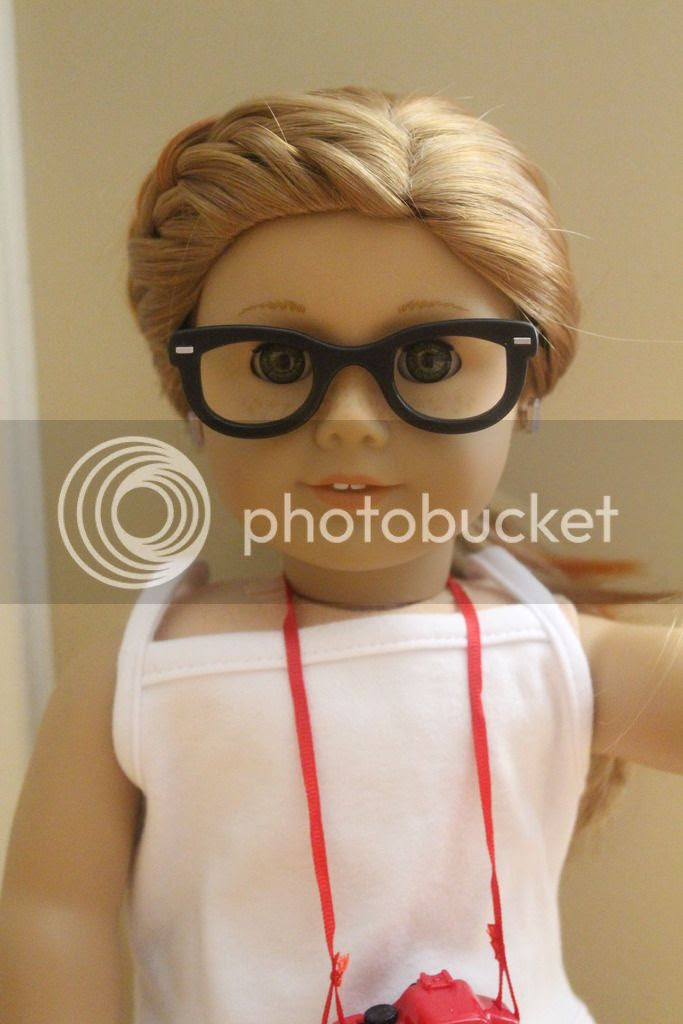 My Mom couldn't help herself and took some pictures of me anyway before I left. It's really hot where I live right now, so I dressed cool, remembered to stay hydrated, and put sunscreen on before I went to the zoo. 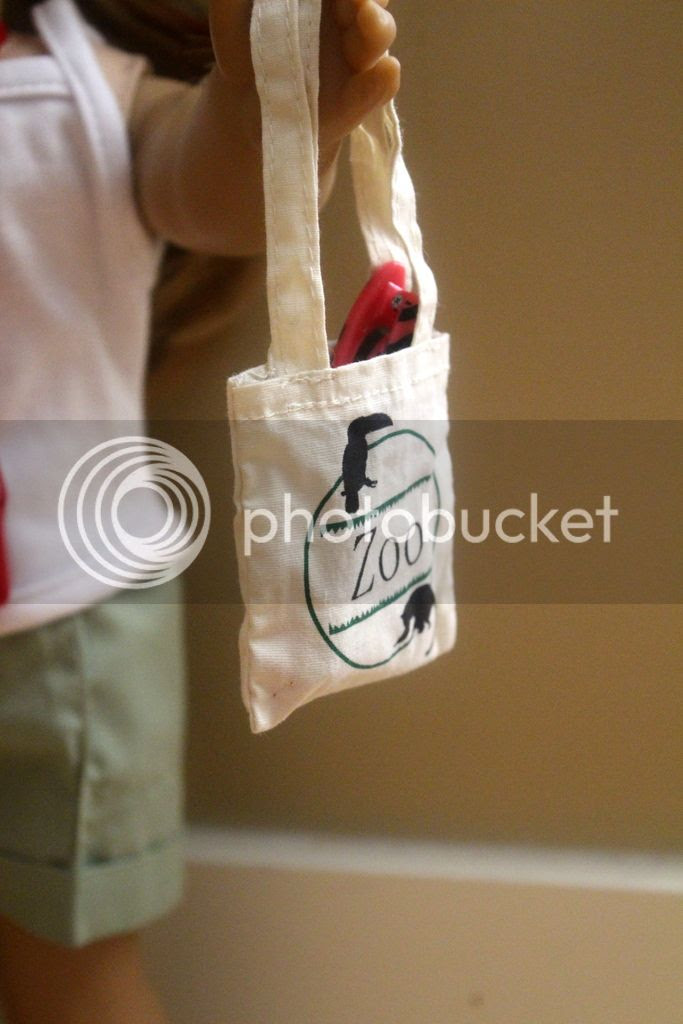 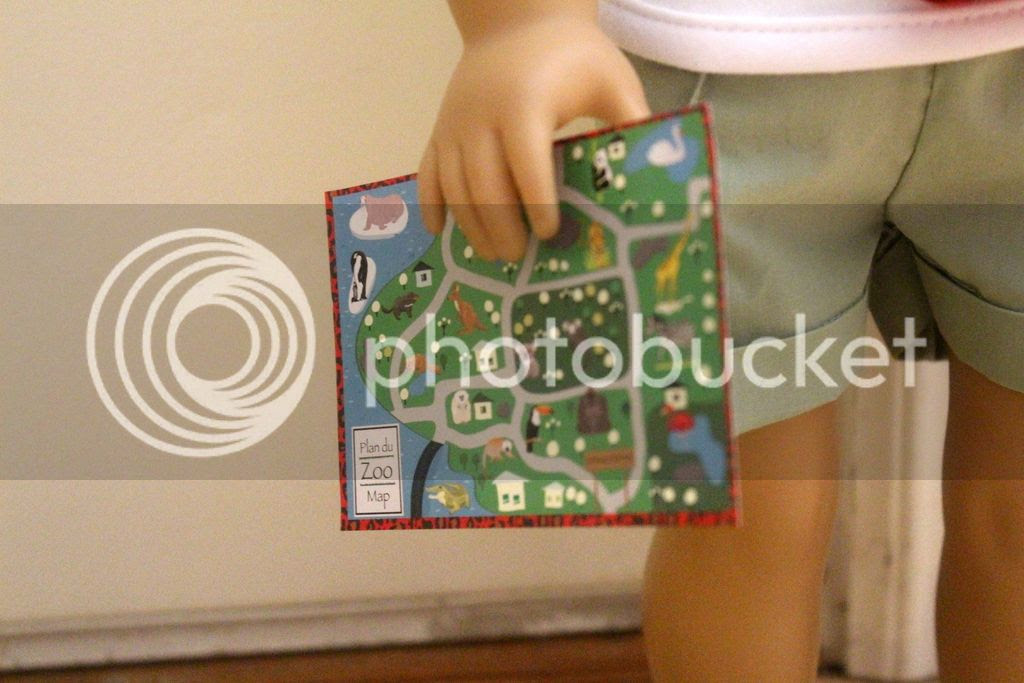 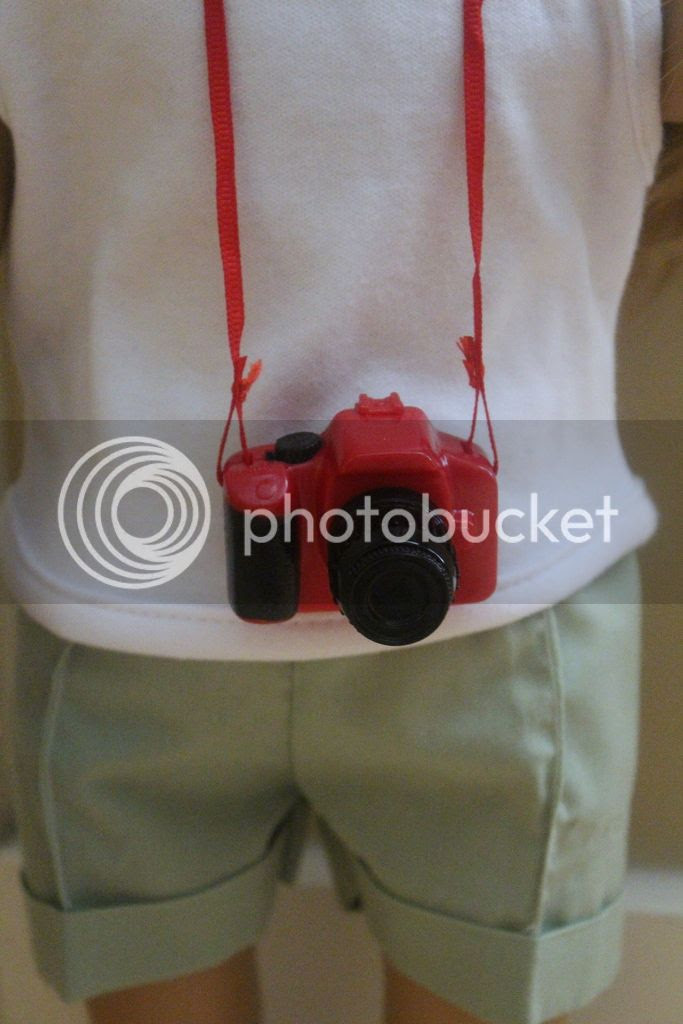 I had my special zoo bag I got the last time I went, a zoo map, and my camera. Ready to go! 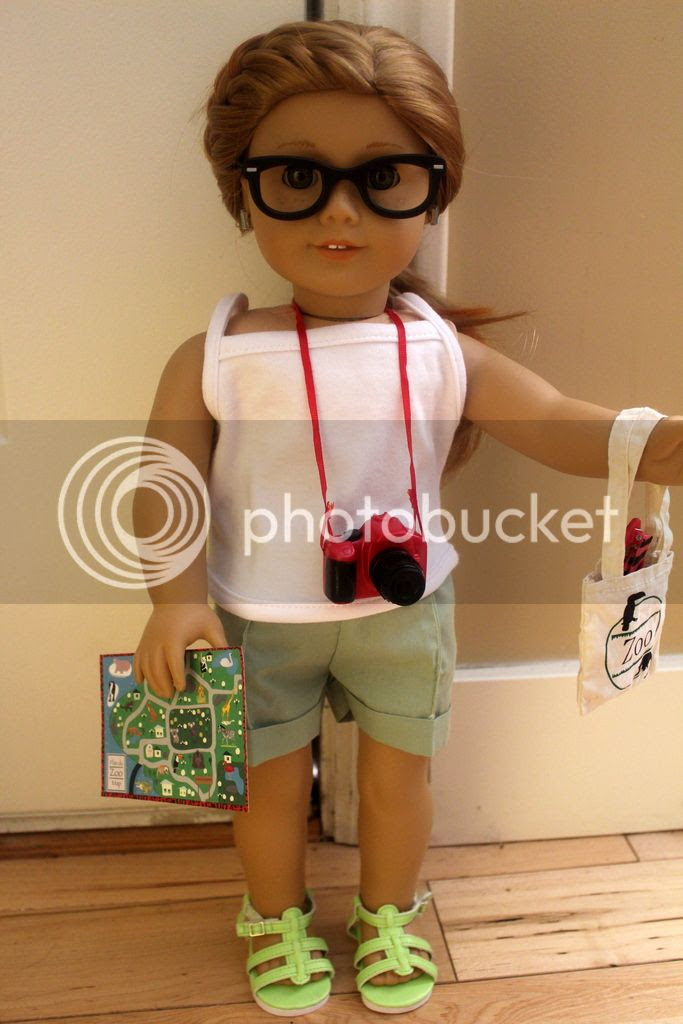 My Aunt Sam and I lucked out and most of the zoo's animals were out doing fun things when we came by! 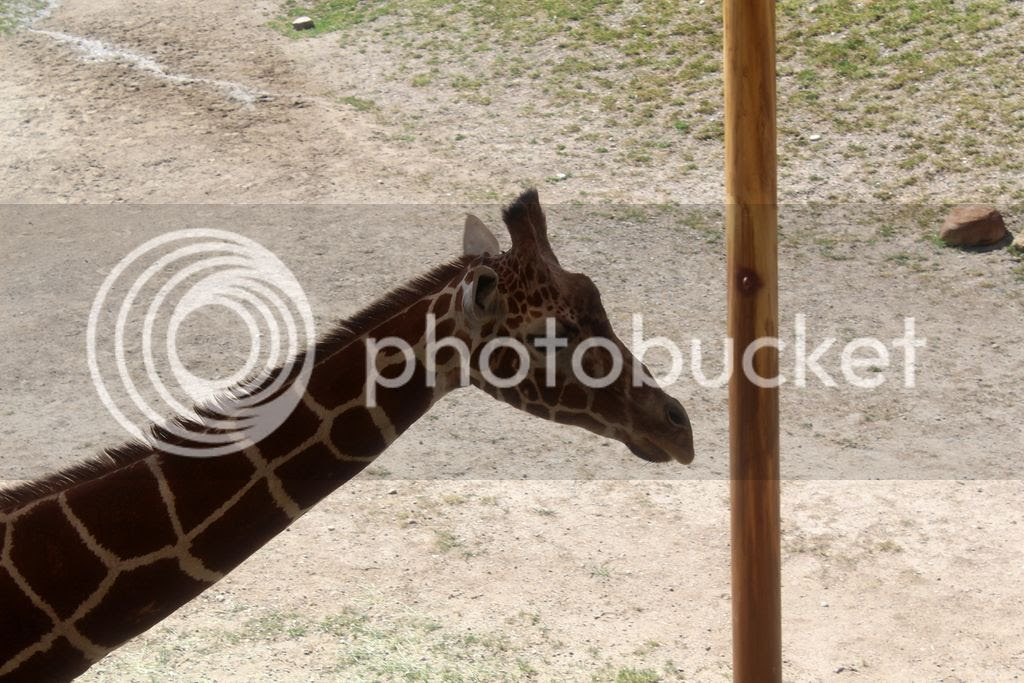 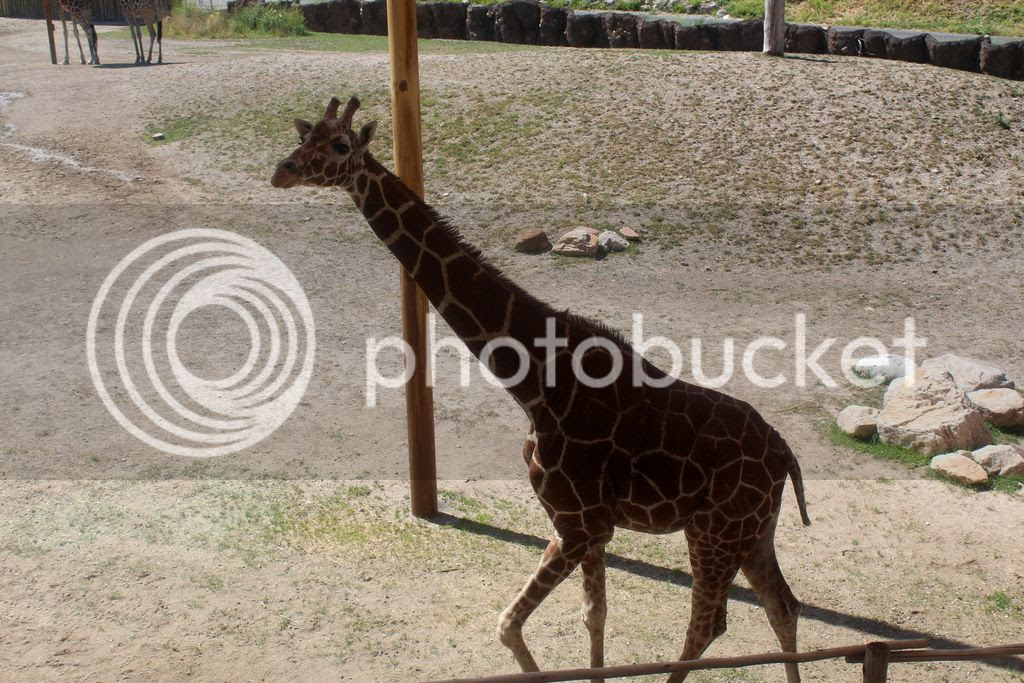 This giraffe came right up to us! Isn't it sweet? 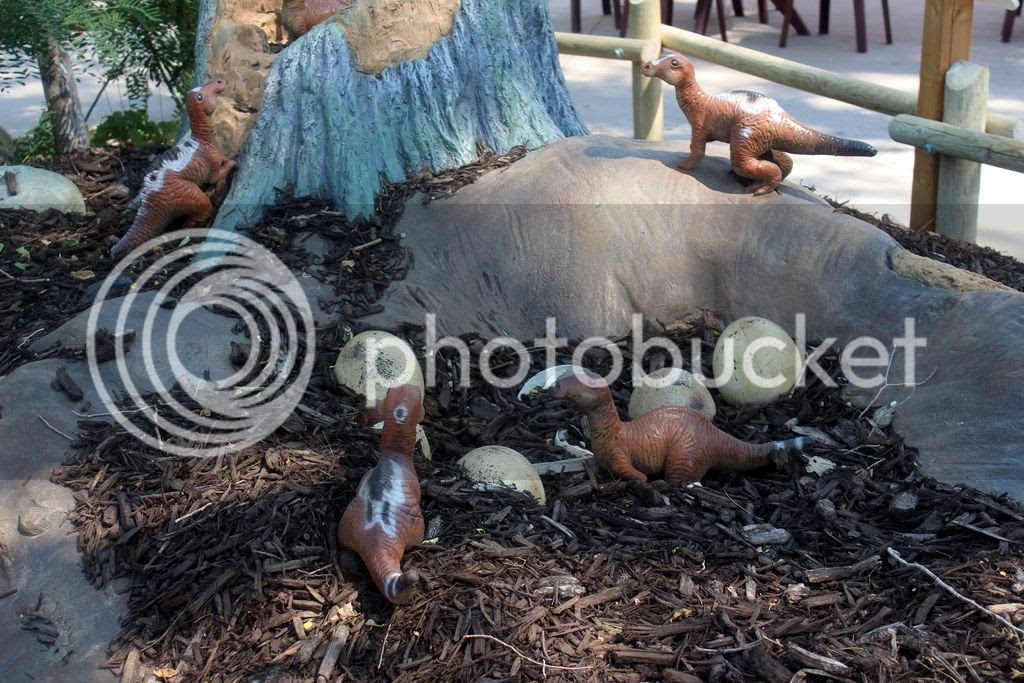 They were having a special dinosaur display going on at the zoo, so we stopped to look at these animatronic baby dinosaurs. One of the eggs looked like it was hatching! Cute! 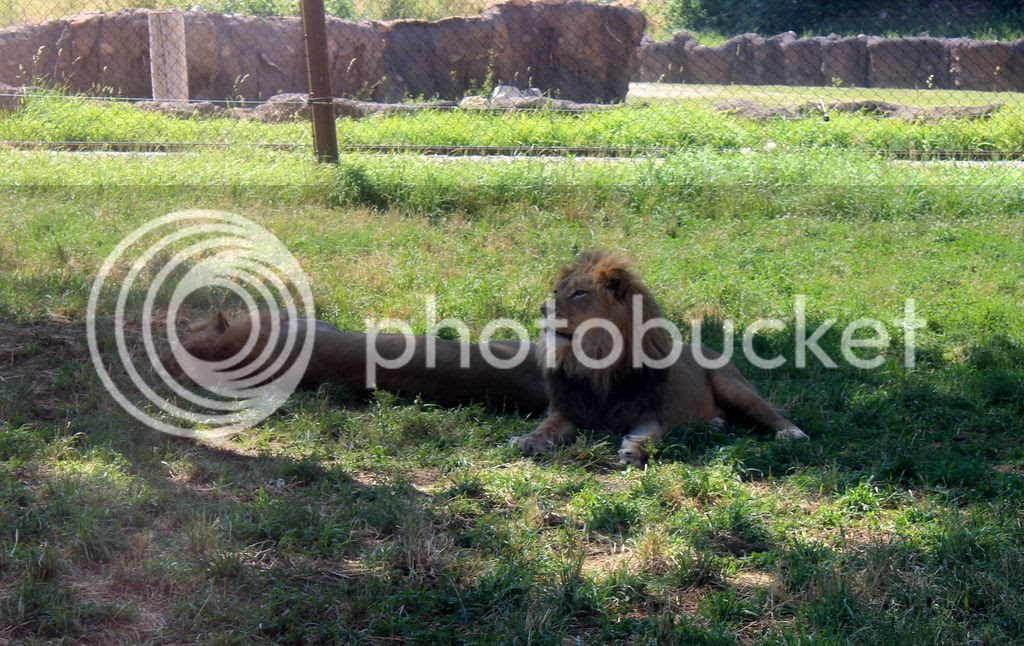 These two lions were out sunning when we came by. Only the boy lions were out, because the girl lions are too little to play with them, so they come out separately. I like to think they're related to Simba from "The Lion King." 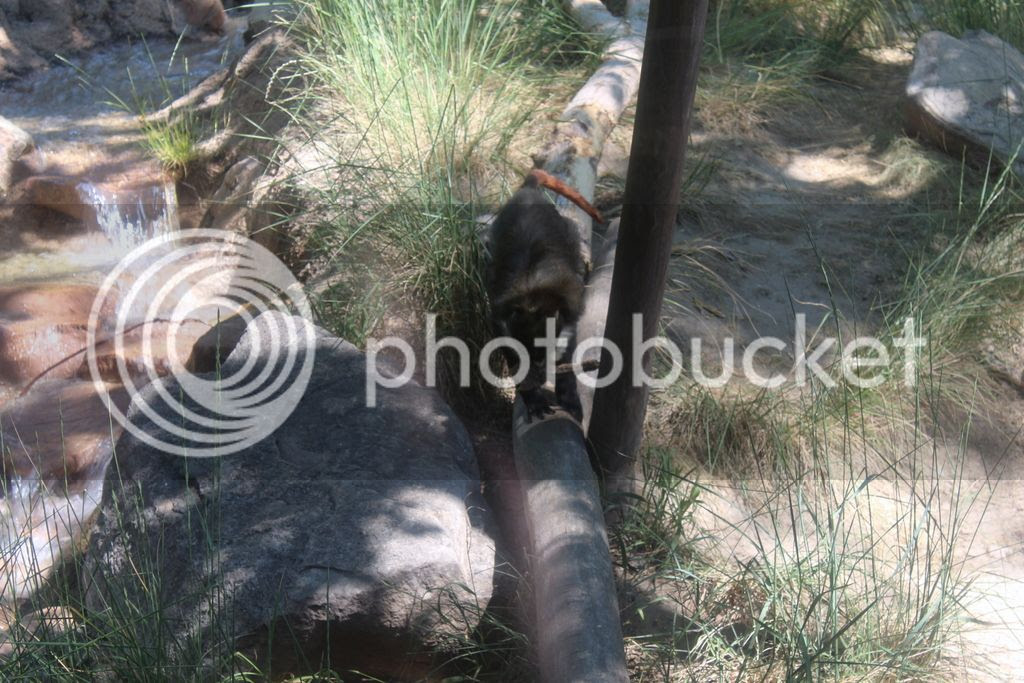 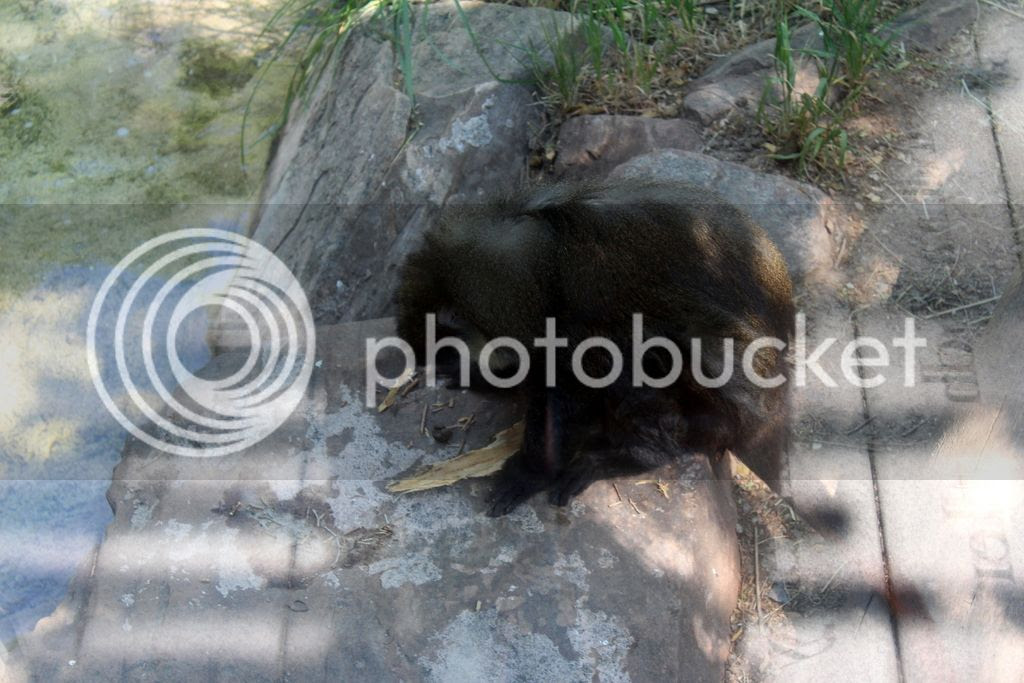 I snapped some great pics of this monkey carrying around some bark. He looks like he's not sure what to do with it in the second photo! 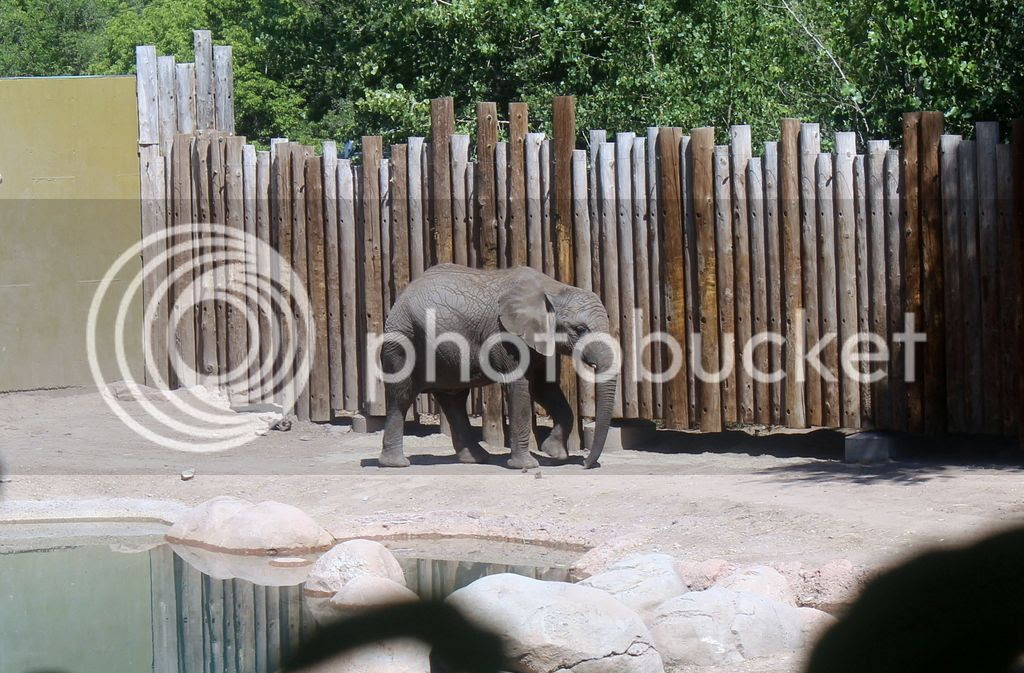 Our zoo has several elephants, including this one, a 6-year-old girl named Zuri. She's not fully grown yet, so she looks kinda small. 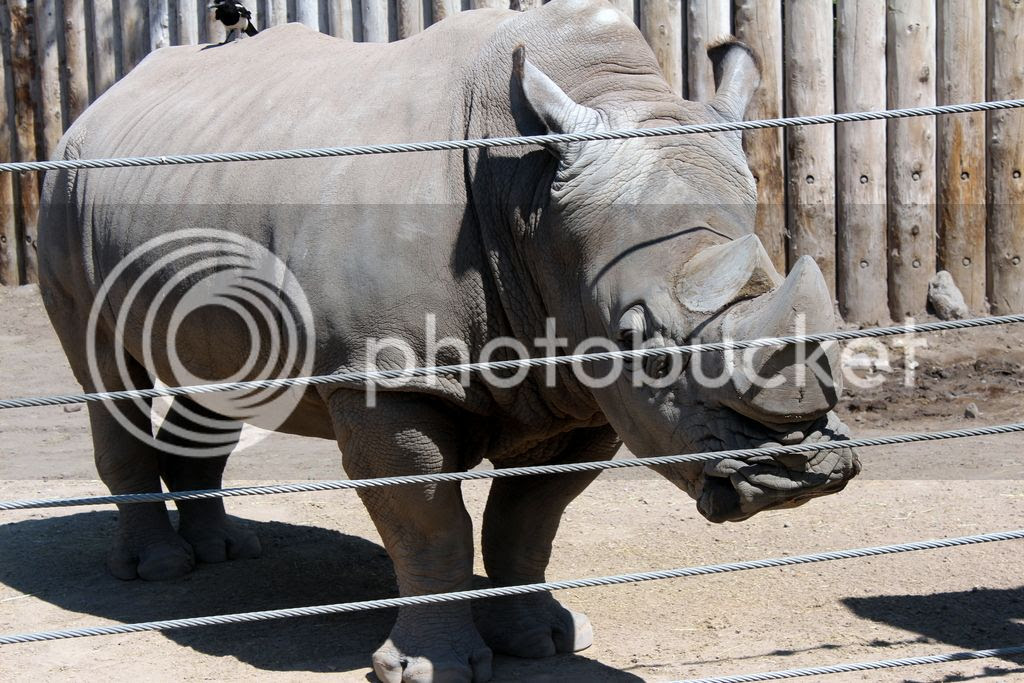 The zookeepers were feeding the rhinos when we came by. The zookeeper said this rhino is 55 years old! Wow! 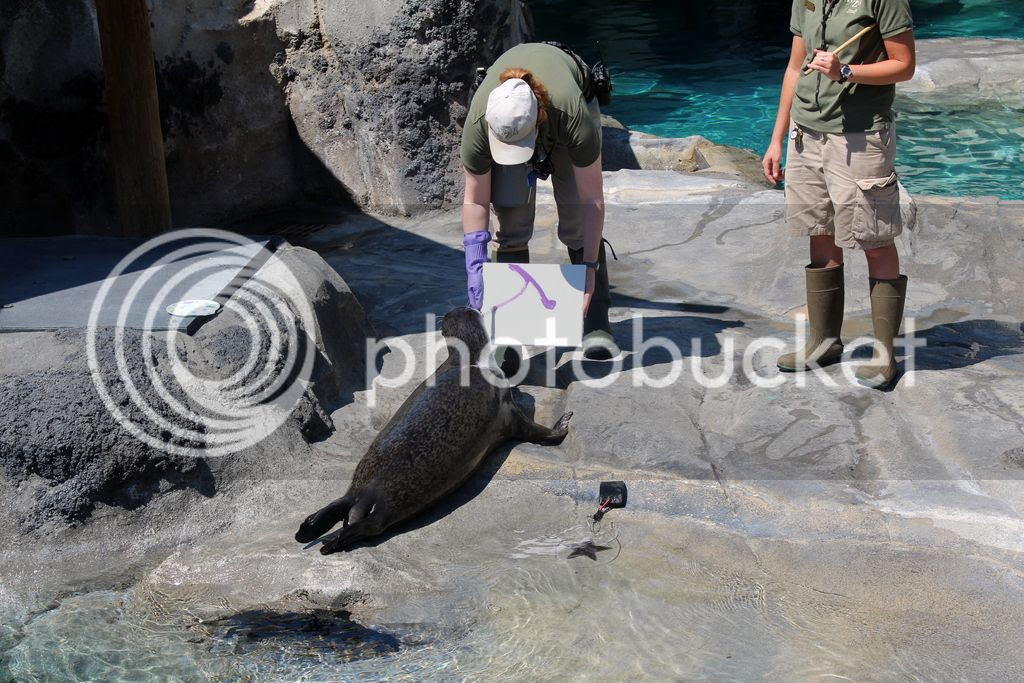 Our zoo has a large enclosure for their 3 seals and 1 sea lion. When we came by, they were starting a show! The seals in our zoo paint paintings that they then sell in the gift shop to benefit the seal enclosure. 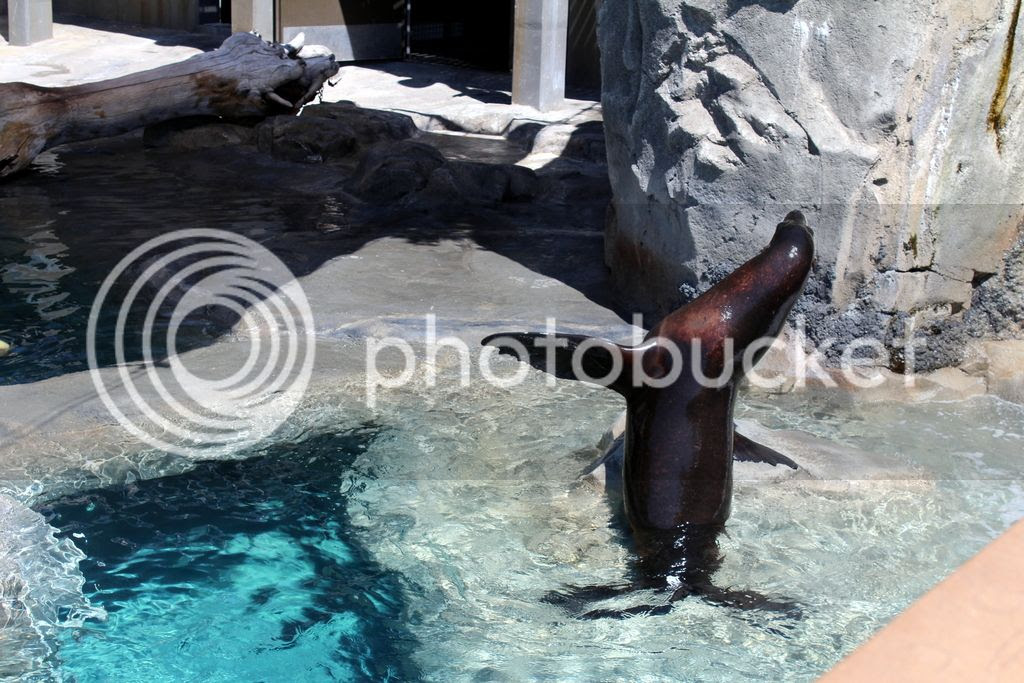 The trainer had the sea lion dance for us! How neat! 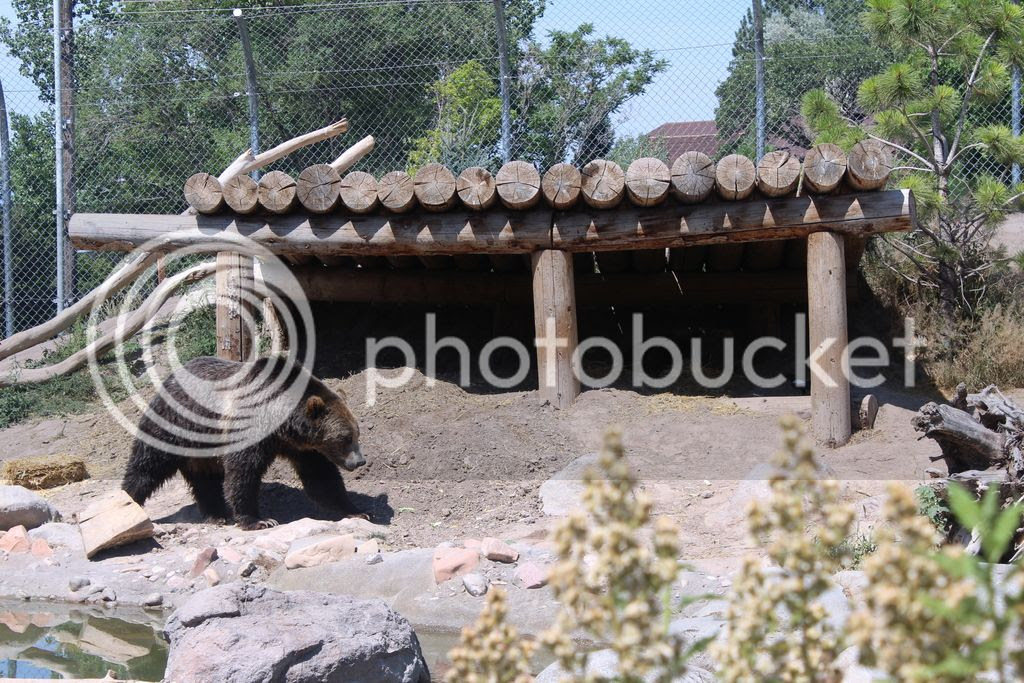 The brown bears in our zoo were enjoying a lazy day. Can you see one of them napping under their log fort?

And then this happened... 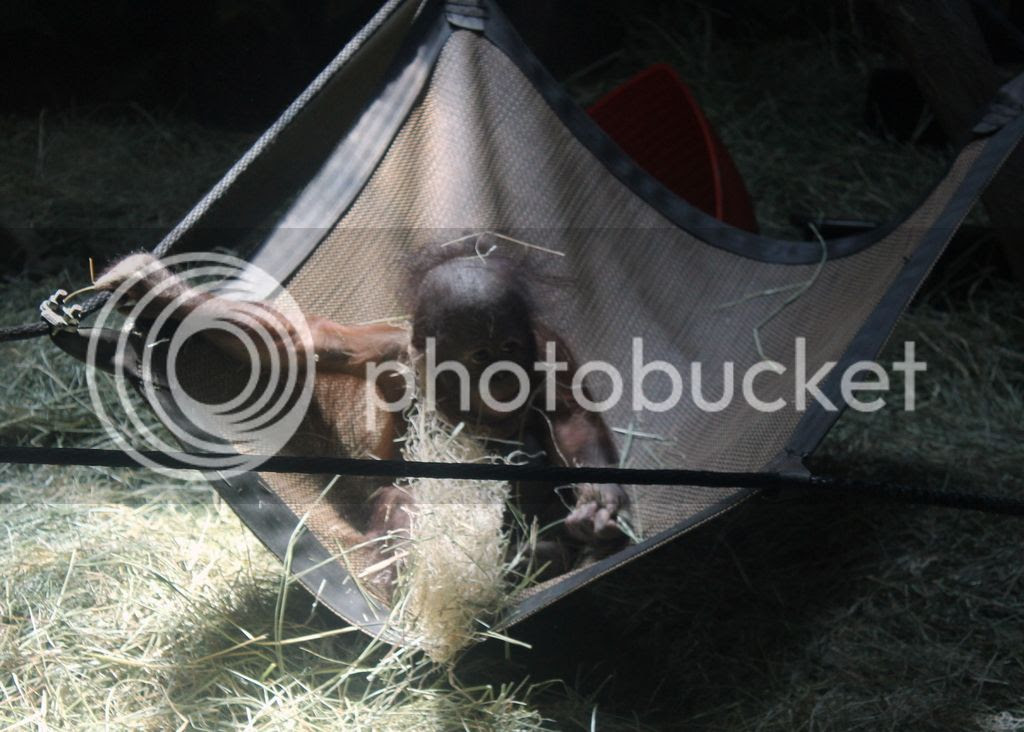 My zoo has a baby orangutan named Tuah. Tuah was only born in November, and his older sister (and the zookeepers) takes care of him. 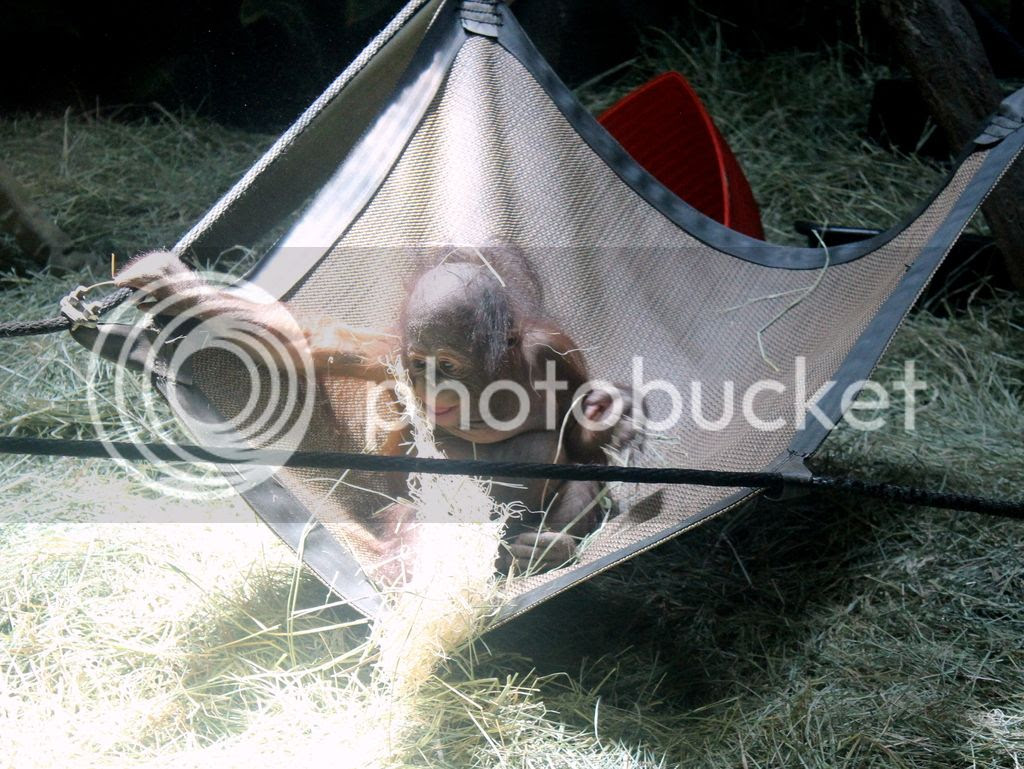 He is pretty much the cutest thing I've ever seen and I wanted to take him home with me! 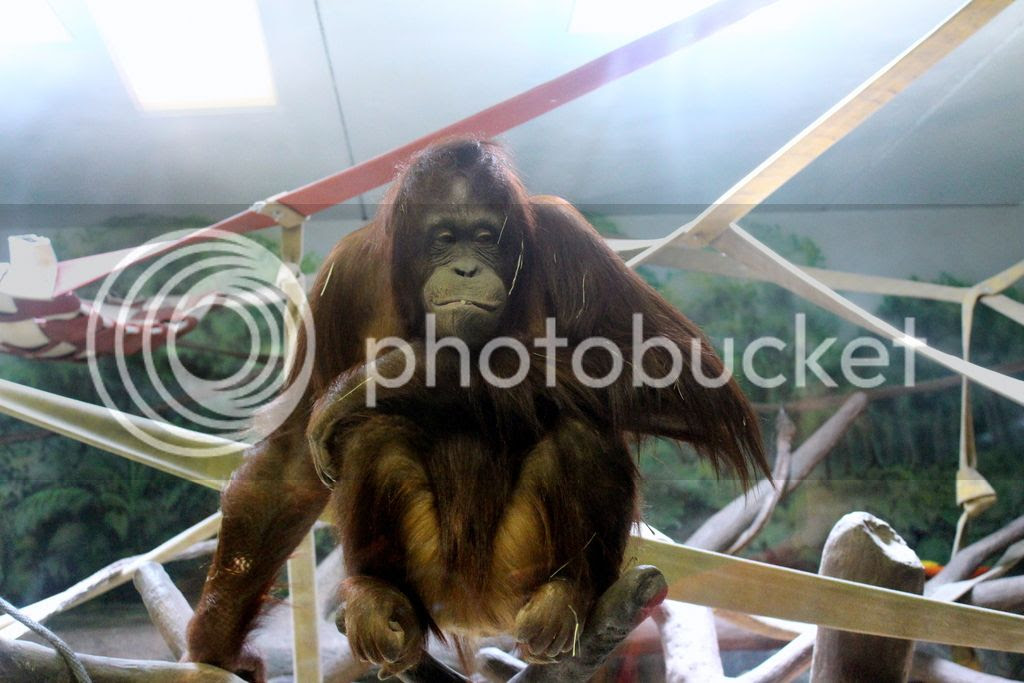 Tuah's sister came right up to us! 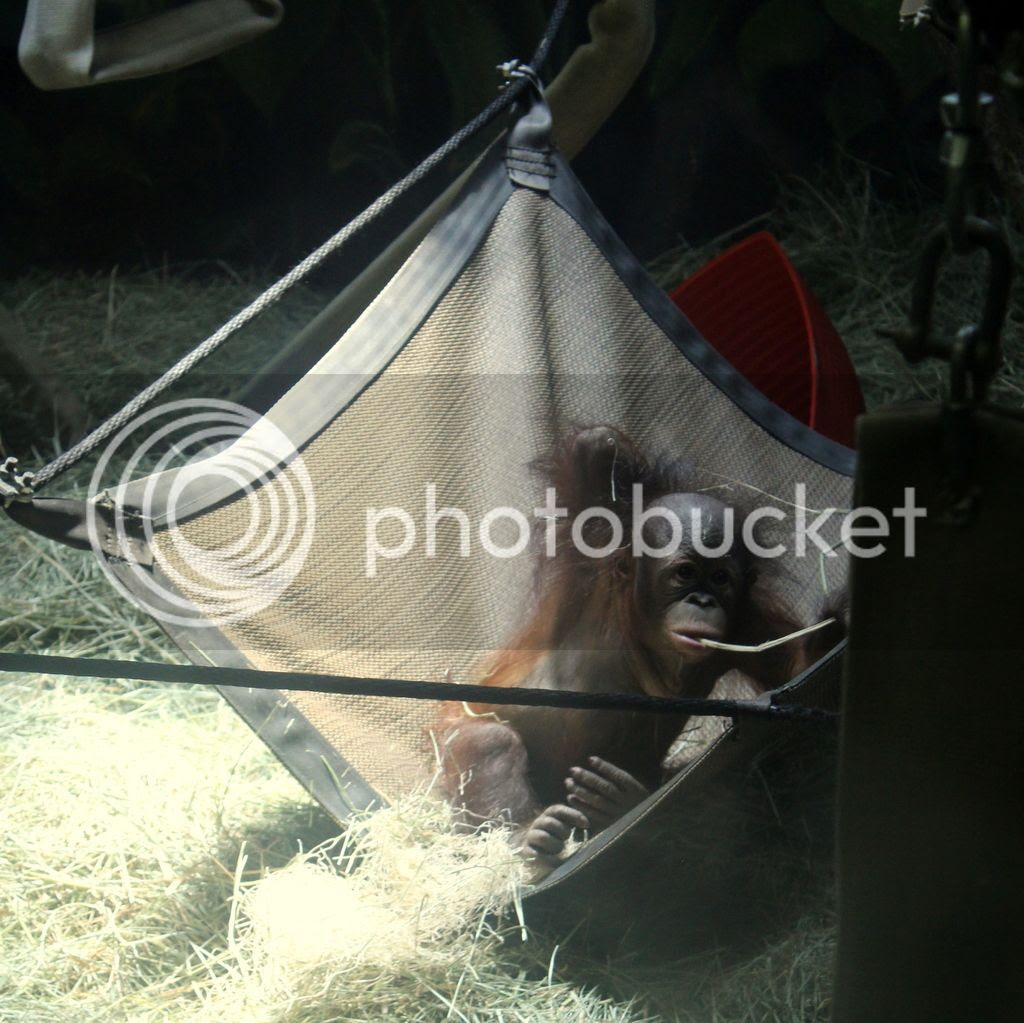 I have decided I now want to be a zookeeper when I grow up, as well as an astrophysicist. It can happen, right?!

Have you been to any zoos? Do you have a favorite?
Posted by Charlie at 11:01 AM 8 comments:

Check out my Etsy shop!

Charlie
Hello! My name is Charlotte Amelia, but I really prefer to be called Charlie - I think it suits me better! I'm a 10 year old girl who loves Doctor Who and all things reading, science, and geekery. Follow me on Instagram - @candidlycharlie